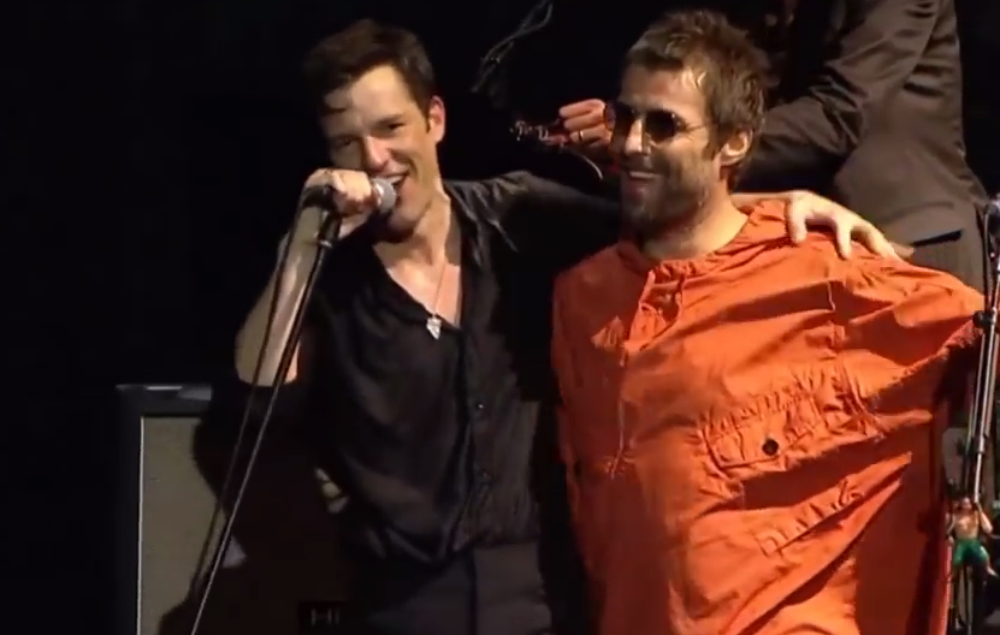 Liam Gallagher made a surprise appearance on stage with The Killers in Brazil last night as the US rockers headlined Lollapalooza Festival.

The moment came during a performance of ‘All These Things That I’ve Done’ near the end of the show, although it seems that the Las Vegas rockers weren’t aware that the former Oasis frontman was about to join them.

Footage posted on social media shows singer Brandon Flowers reacting with terror, before he proceeds to grin at the identity of the would-be stage invader.

“Fucking Liam Gallagher!”, Flowers tells the crowd before wrapping his arm around Liam’s shoulder. You can watch the moment in full below.

As the song drew to a close, The Killers then proceeded to deliver an impromptu cover of Oasis’ ‘Gas Panic’, taken from their 2000 album ‘Standing On The Shoulders of Giants’.

Liam’s appearance on stage comes after The Killers recently covered Wonderwall at a festival in Chile, only hours after a chest infection forced Gallagher to abandon his set mid-show.

“We heard you missed out on a couple of songs today that you wanted to hear,” Flowers told the crowd. “Any night that ‘Wonderwall’ is being sung by other people is a good thing.”

Flowers also hailed Liam as “one of my kings”.